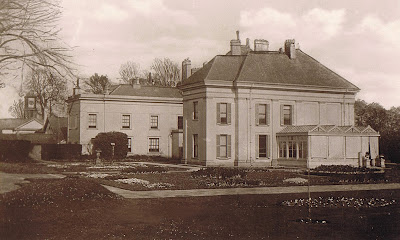 Bitteswell Hall near Lutterworth, Leicestershire  was built in 1838 for William Corbet Smith, Esq. a Captain in the 1st Regiment of Dragoons, and was the centre of a 600 acre estate. It was in a simple stuccoed classical style incorporating plain double height pilasters .There were also additional outbuildings and a stable block with a clock tower. William retained the hall until he died in 1847.


The hall was next  occupied by Robert Fellowes Esq. Of Shottesham Park, Norfolk. He began a large family there and is recorded as having 10 servants in 1861. He returned to Shotesham Park at some point where his death was recorded in 1915 at an incredible 98 years old. 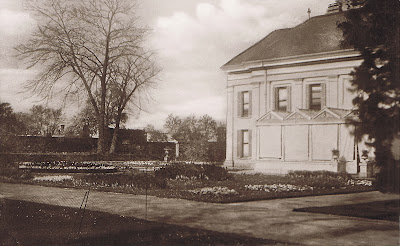 By 1886 the hall was the home of David Bromilow the High Sheriff of Leicestershire. He is known to have been a wealthy man and there are records of him purchasing the Marlborough Gems, a collection of works in Cameo and Intaglio formed by George, 3rd Duke of Marlborough. He bought them in 1875 at a staggering cost of £35,000. David had only one daughter who took possession of the house and (Gems) on his death in 1898. 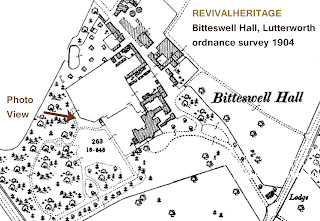 RevivalHeritage
Continually researching evidence of designs of the last 500 years with an emphasis on lost works of architecture, garden planning, interiors, sculpture and building techniques. Feedback and submissions to our archive are most appreciated. Our images may be used for non-profit activities with a direct link to REVIVALHERITAGE blog or flickr account. Corrections and updates to published information are most welcome.